A day in a butcher’s life

Seconds after I meet with Inga Malitski in the back room of her Akinsdale butcher shop, I am sniffing a container filled with stir-fry beef.

It’s a quality check, Malitski explains before she pulls more meat-filled dishes from a large walk-in cooler. She peels back the covers on each, moves its contents around, and smells them. Then she checks for discolouring.

In the two-and-a-half years since she opened Prairie Meats and Deli at 23 Akins Dr., Malitski proudly says she has never had to throw away any meat. But she’s still careful.

“Chicken is very fussy,” she says.

It’s 8:30 a.m. and this is the daily routine at the butcher shop. Malitski, dressed in a white butcher’s coat, carefully goes through the contents of her cooler while explaining to me how to detect bad meat. I am here to learn about her job but I’ll be leaving knowing a whole lot more about my dinner.

Take ground beef for example. If it’s turning green or slimy, pitch it, she says. But if it’s brown or even a little gray on the inside, it’s still safe to eat. Sometimes the colour changes because the inside of the meat is not exposed to oxygen, or because it has touched a metal knife.

As for the smell, if it’s sour or vinegary, don’t eat it. Otherwise, it’s normal if it faintly smells like meat, she says.

“Meat has to smell because it’s meat, it’s life,” she says. “Otherwise it would be dead meat.”

Malitski is an old-school butcher. She doesn’t sell great quantities of meat, which means you sometimes have to wait a day or two before something becomes available again. But she prides herself on the freshness of her product, and is quick to exchange recipes with her customers.

Her shop, two counters and a freezer, sells everything from regular beef, pork and chicken, to bison, lamb and homemade sausages. The meat comes from local free-range farms where animals grow up free of antibiotics and hormones. She visits all of her suppliers, she says.

“We were on every farm,” she says. “It’s very important. You see if the animals are well-fed, if they can move and run and have some natural conditions.”

Today, she’s starting the day off making sausages, first turning large chunks of beef into fine ground meat then mixing it in a large bowl with a seasoning that she orders from a German family-run business in Ontario.

She used that same seasoning when she owned a butcher shop in the Ukraine, she says. It adds spice but the sausages keep their meat taste, which she prefers. She also recommends people cook her sausages within a couple of days, as she uses regular salt but no preservatives.

Once the mixture is ready, she stuffs it into a 30-metre casing, twisting and cutting off new sausages every couple of seconds. They stay on display in the coolers for a day. Then they go in the freezer, she says.

Later in the day, her husband delivers a quarter bison – about 120 pounds. It takes them almost two hours to cut it apart. Malitski has an order to prepare 30 burgers for the weekend. The rest of the bison is turned into steaks.

Bison is a dark meat covered in thin sheets of fat that make a sound of ripping paper when you cut them. But the meat is thick and heavy and Malitski massages her wrists after working her way through the bones and flesh.

With all the cutting and grinding, I expected the store to get dirty fast. But Malitski keeps it meticulously clean. She washes surfaces, knives and tools after every use, and often runs back and forth between sink and cutting board several times an hour when a customer comes in. A cleaning service brings in fresh coats once a week.

“Sometimes I think cleaning is my job,” she laughs. When I ask her who does the dishes at home, she says, “My husband loves me.”

Malitski opened her first butcher shop in Ukraine in 1997 after she left a post with the army. Back then the store was little more than a slaughterhouse and a few pigs running around the backyard. She learned the trade from a friend and later took courses at a school.

Today, she’s a NAIT-certified food safety specialist with a lot more tricks up her sleeve. But she still learns about specialty cuts from her customers and keeps much of her meat in a cooler in the back, to be cut to order when needed.

It’s hard work, especially since she does it all by herself. After five hours in her store, my feet hurt from standing. I can’t imagine how hers feel every day, when she starts at around 8 a.m. and goes home around 7 p.m. She doesn’t take vacations often and works six days a week, sometimes seven when she takes specialty orders during the hunting season.

Asked why she chose this career, she shrugs. Making money in the former Soviet Union wasn’t easy “but everyone had to eat,” she says. Then she turns and points at a fresh roast in her cooler.

“I have two grand-daughters. I care about what they eat,” she says. “This, I know where it comes from.” 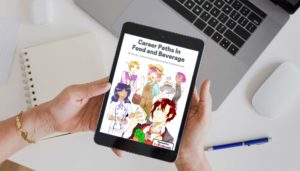 There’s a great new free resource from FoodGrads available: Career Paths in Food and Beverage, an e-book written by Veronica Hislop and illustrated by Ronella Ferreros 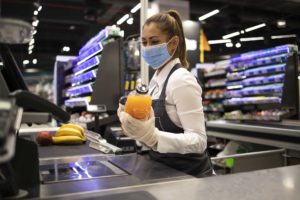 COVID-19 and Food Safety: A blog post about food safety in food processing facilities during the pandemic

Midst this pandemic, we are all scared. We are scared to go to the grocery stores, we are scared to buy food from the outside; it’s like we are questioning the food safety now! 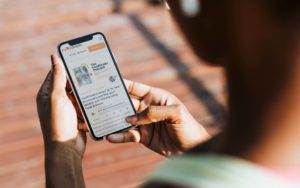 New episode from The FoodGrads Podcast: How to put on your innovator hat using side projects