The history of Canada’s ultimate freezie!

Kisko Freezies is a proud family run business based in Woodbridge, Ontario, whose focus for nearly 40 years has been to produce the best quality freezies in the market. It has an ongoing commitment to product quality and providing 100% customer satisfaction. We spoke with Kisko Freezies president Mark Josephs, to learn more about the story of how Kisko came to be.

Mark Josephs mother and father started the Kisko Freezies business we know and love back in 1968 in Kingston, Jamaica.

Back then, Kisko was the first business to introduce SNO CONES to the island of Jamaica. But Mark’s father was an entrepreneur always on the hunt for the next big thing. One year, on his way to Panama on a layover in Colombia , he saw a child selling something frozen in a plastic tube. This sparked his “freezie” idea. He saw that there was a gap in the market, and brought the idea back to Jamaica to begin developing and launching his Kisko Freeze pop business.

In the mid-1970s, Mark’s father decided to move his family to Canada and his entrepreneurial spirit came with him. After arriving and entering the Canadian job market, he soon decided to instead venture out on his own, again, and start a business that he was familiar with, Freezies!

At the time, Leaf Confections’ Mr. Freeze brand dominated the industry – but, Mark’s father knew his product was special so he fought hard to keep his business going and to differentiate his products from the rest.

And he did so with great success. In 1998, Kisko signed their first license agreement with Tetley, an English beverage manufacturer, and the world’s second largest manufacturer and distributor of tea to create Tetley Iced Tea flavoured freezies.

This sparked further opportunities, and soon after that Kisko partnered with Canada Dry Motts introducing Cplus juice bars with 25% juice and later Motts Fruitsations 100% Juice bars, such as Berry Delight and Summer Strawberry.

In 2004, Kisko received licensing rights for SHREK from DreamWorks Inc. which propelled Kisko into mass merchandiser accounts and forged the way for many future license agreements such as Crush, Dr. Pepper, Hires Root Beer, Welch’s and more.

Finally in October 2005, Kisko acquired the iconic national brand Mr. Freeze. Being their biggest competitor, this acquisition allowed Kisko, who started as a home-based business in Jamaica, to become the largest freezie manufacturer in Canada!

Sadly, in 2007 Mark’s beloved father Mr. Leslie Josephs passed away but, fortunately, Mark and his brothers Randy and Peter had already transitioned into leadership roles at Kisko, and continue to keep their father’s legacy alive with their 40th anniversary happening next year.

Did hearing all about freezies get you thirsty? If you ask Mark what his favourite Kisko Freezie flavour is – he’ll tell you it’s either Cream Soda or Nice and Juicy Mango! 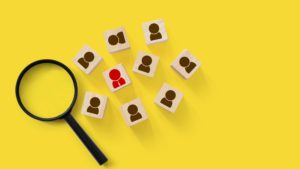 Here is a look at several human resources jobs in the food and beverage processing industry. 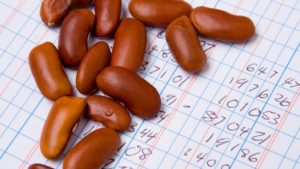 Here’s a look at just some of the accounting and finance jobs in the food and beverage processing industry. 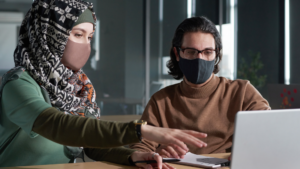 How to use Mentorship to Grow a Great Career

You might have already observed the benefits of mentorship in your own life. Here’s how to use it to grow your career.